Explore how six college students use the language of physical anthropology to study the human origins of language.

Ding-Dong, Pooh-Pooh, Bow-Wow and Ta-Ta: An Overview of Different Theories on Language Origins

Some believe that language is a divine gift given to humans by God, while others argue that language is simply the product of many years of natural selection. Either way, at some point in evolution, humans developed the ability to speak. But how did it all start? How did humans first discover their ability to speak and begin to formulate the first language? Conceived by linguists, a number of “invention hypotheses” explain the possible ways in which language first originated in humans. The following are explanations of a few examples of hypotheses:


From the desk of Western Washington University professor Edward Vadja: “Linguistics 201: The Origin of Language”:
Four Imitation Hypotheses:
1. DING-DONG: The “ding-dong” hypothesis bases the origins of language on onomatopoeia. This idea states that language began when humans started naming objects after a relevant sound that was already involved in their everyday life. Examples include words such as “boom,” “crash,” and “oink.”

These represent the sounds of certain objects, but it is unclear how to provide onomatopoeia for silent objects such as a rock. It also does not consider abstract ideas like love or justice, as there are no sounds for these words. Also, this hypothesis does not supply words for grammar or abstract items in the English language, so it is not hard to imagine that these types of words are unusual and rare in most languages. Onomatopoeia is such a small part of linguistics and varies greatly from language to language.  Because of these limitations it is considered a limited hypothesis.

2. POOH-POOH: The basis for the “pooh-pooh” hypothesis holds true to the involuntary nature of human speech. Through emotional response, language and speech would have developed in tandem with human interaction and primitive emotional reactions. Such sounds as “wa wa wa” or “ha ha ha,” commonly used to denoted crying or pain and happiness or laughter, respectively, would then develop into a more unique and case-specific series of sounds in association with other emotions and interactions (Vadja).

The problem with this hypothesis, however, is that exclamations, such as the emotional responses that one might associate with these “pooh-pooh” phrases, are in fact dependent on language instead of a basis through which language can be created. For instance, the essence of emotional response for pain is “ouch” in English, “oi” in Russian and “eee” in Cherokee (Vadja). If there was a generalized emotional response that all people made independently of each other, then perhaps there would be some legitimacy to the argument. But those noises that we all do make based on the stimuli of sneezes or hiccups cannot demonstrate a common linguistic nature between peoples.

3. BOW-WOW: The “bow wow” hypothesis is the most popular but perhaps the most far-fetched hypothesis of them all. Basically, it is the idea that human language and vocabulary originated as a form of imitation. It is said that language came from the imitation of animal sounds.

The problem that arises in this hypothesis is that a lot of words that describe animal sounds in different languages are similiar. For instance, in English a pig makes the sound “oink-oink.” In Russian the sound is translated as “hyru-hyru” and in Chinese the sound is translated as “oh-ee-oh-ee.” As one can see, these words represent the sound of a single animal in different languages. The sound and pronunciation of these words are not similar. The overall idea is that one’s language determines how one interprets a sound, and since we have may languages, one cannot prove that human vocabulary comes from them.

4. TA-TA: As commonly seen in primates, hand gestures and body movement are important aspects of interaction and cooperation within societies. Originally hypothesized by Charles Darwin, though not necessarily supported by him, the “ta-ta” hypothesis states that language and the development of sound was generated to support the hand gestures and movements of the individual. So as to better demonstrate the meaning behind the gestures, these sounds progressed into more and more distinct words or combinations of sounds inevitably leading to speech patterns.

This theory allows linguists to separate the inherited aspects of grammar from the ones influenced by culture, surroundings or other outside factors. By observing all of the commonalities within the various languages across the world, anthropologists gain a unique insight into the interplay of language and the way cultures evolve.
--


From YouTube: “Chomsky LAD”:
http://www.youtube.com/watch?v=qdonf-4nkeE
This video explains Chomsky’s idea of the Language Acquisition Device (LAD), which proposes that all humans are born with an innate ability to learn and understand the structures of language.
--


Sources:
“Linguistics 201: The Origin of Language” (Edward Vadja)
“What is generative grammar?” (Maggie Browning)
Posted by The Origins of Language at 9:04 PM

The Origins of Language
Greencastle, Indiana, United States
This blog was created for ANTH 153: Human Origins, an introductory physical anthropology course taught by Jalh Dulanto at DePauw University. Our goal is to better educate our readers on the origins of language using a variety of media. 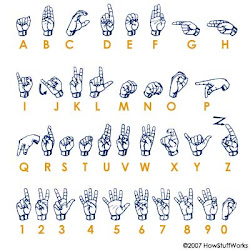 Evolution of the Cat's "Meow" 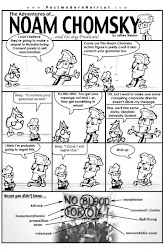 The Adventures of Noam Chomsky and his dog Predicate!